WCAG and Accessibility with Luke McGrath 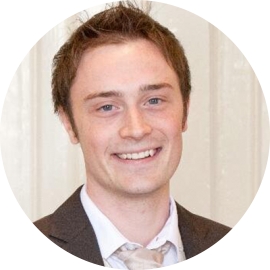 Luke McGrath is an accessibility consultant and the writer of How to Meet the Web Content Accessibility Guidelines 2.0, a book about web accessibility and the dominant guidelines that many countries use as a benchmark for acceptable compliance with equality law.

This is The Web Ahead, a weekly conversation about changing technologies and the future of the web. I'm your host Jen Simmons and this is episode 69. I want to first say thank you so much to today's sponsors, Media Temple and Squarespace. And then introduce the topic.

Today we're going to talk about accessibility again. We talked about it about a month ago in episode 64. So now we're on 69, 64 Dale Cruse came on the show and talked about accessibility. He especially, he and I when we chatted, we talked especially about, kind of a giant rant, an hour and 14 minute long rant on why. Why everybody should make their websites accessible. And if you don't, you're bad. But I got some mail and some tweets and some feedback that people are like, yeah, on board, cool, that's cool, yes, uhhh... but can you help me out? Can you tell me more about how? So that's what we're going to do today.

So my guest today is Luke McGrath. Hi Luke.

Let me jump in here with our first sponsor. Media Temple. And then we can jump back into the perceivable guidelines.

For years, Media Temple's grid service has been the web hosting choice of more designers, developers and creative professionals than any other platform. If you're looking for a place to host a website or actually to host 99 websites, 100 websites, or something in between, Media Temple is a really great option. That's because a single grid account can host anything from your individual portfolio site to a hundred different client projects. And the grid is ready for all kinds of different content, all kinds of different systems. Hundreds of servers work together in a cloud to keep your sites online no matter how much traffic is hitting your site at that moment. It's all managed through their custom, simple control panel. You get o log in and configure things from a control panel that's actually pretty easy to use. And it's backed by their 24/7 live support. You can reach them in chat or on their ticketing system, through email. Pretty quickly, 24 hours a day, 7 days a week. They also have virtual private server solutions, if you need something even more complex and powerful. They have both DV and DV Developer hosting plans. And they have this new system, they have a premium WordPress hosting plan that, I don't know if I'm supposed to tell you this, but right now, at least for the next couple weeks, it's like 50% off right now. It's a whole system set up just really for WordPress. Where you can go in and bam, you've got a bunch of WordPress websites. You get unlimited bandwidth. They automatically update core for you and update all the security updates that you need. There's a staging environment, one-click staging environment. Really fast and rock solid, designed to handle WordPress very, very, very quickly. So go check that out as well. You can go over to mediatemple.net and use the coupon code TWA when you sign up and you'll get 25% off your first month of whatever you sign up for. So thanks so much to Media Temple for supporting The Web Ahead. A huge help in making this show possible.

Let me jump in here with a second sponsor and then we're going to see... man, we're so... like we should be wrapping up the show right now. [Luke laughs] And we're halfway through the spec. I don't know what to do about that. But let me first tell you about Squarespace.

Well, I think we have to stop. [Luke laughs] At 90 minutes. I wanted to go through everything here. I think people will get the idea. There's section 3 and 4.

Luke
Yeah, it carries on. Four is fortunately small. Four is only two guidelines. We did good.
Jen
And three is a lot of... [reads] focus, navigation... I mean, some more information, more details, really, about some of the same kinds of ideas we've been talking about.
Luke
That's right, yeah. Some of it's dealing with errors, which can come in forms, and making sure you suggest ways for your users to fix any errors that they do make. There are things about assigning your language is a very easy one. For one of them all you have to do is set your page language and you're done. Again, some of them are stuff that you can do already or you can quickly learn how to do if you are new to it.
Jen
Yeah, that's an easy one to skip. You just think that of course it's written in the language I read and write but really you should tell the robots which language that is.
Luke
Make sure it is, yeah. Just briefly, look at three. It's stuff about readability, this one. It's stuff about unusual words, abbreviations and reading levels. It's one for content writers in that sense, more than developers. It's about producing content that people can read and it's very simple, explains clear content that, you know, you should be aiming for anyway.
Jen
Anybody who stops to think about great writing is going to think about those things but that doesn't always come up with accessibility and I would really say, we should care even more about our content because that is accessibility.
Luke
Exactly, exactly. And there's a crossover with accessibility and people who are new to your industry or your niche or whatever you're writing.
Jen
Yeah, it's so easy for humans to think that all the other humans are just like them.
Luke
[Laughs] They're definitely not.
Jen
And to remember to define things. Well, thank you for coming on the show.
Luke
It's been a pleasure, I've enjoyed it.
Jen
If people want to read the rest of this book that we didn't discuss or read the details that we skipped over, where can they find it?
Luke
They could go to my site, which is wuhcag.com. That's W-U-H-C-A-G dot com. There's a page there, there's a checklist that you can go through and find links and articles on all the guidelines and there's the book as well, which sort of brings it all together in a way that you can work into your workflow if you're designing or redesigning something.
Jen
And do you have a book-book? A paper book? There's a PDF here, right?
Luke
It's a PDF, yeah. For now, it's version one. It's a PDF. It's love to get it into more formats and I'm hoping to do so maybe later in the year. But PDF for now. But I'm always also available on Twitter or on the contact form via my site. Always happy to help people with questions where I can.
Jen
Nice. So your Twitter is...
Luke
My Twitter is @lukejmcgrath. That's linked up from my site as well. Hopefully I'm easy enough to find. Always happy to engage in people and talk about accessibility and help people out where I can.
Jen
Nice. The link to your website as well as your Twitter and everything else will be in the show notes for this show which people can find at 5by5.tv/webahead/69. We'll put all the links there. Including, hopefully, a link to the transcript for this show.
Luke
Of course.
Jen
If and when we're able to make that happen. So that's it. You can follow me on Twitter, @jensimmons, or follow the show, @thewebahead. And I'm sure I'll have other people on talking about other things with accessibility. But hopefully, I hope this has given people some more practical answers to how to make the WCAG guidelines. Thanks.

Thanks to Media Temple for sponsoring the show. Enter promo code TWA when you sign up and you’ll get 25% off your first month of web hosting. And to Squarespace. Use code JENSENTME4 for 10% off. 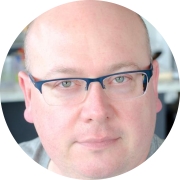 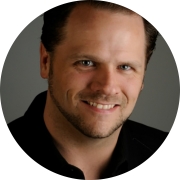