Has how we approach web design become too formulaic and rote? Are we missing the opportunity to truly communicate a site's purpose and meaning? What about web design have we lost, or maybe haven't yet found? How can we understand our work as designers when even words about our work fail us? 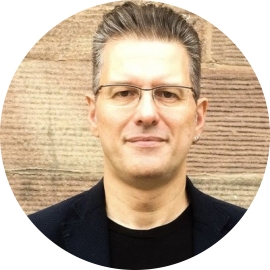 Andy Clarke is a designer and author known for design work and contributions to the web design industry. For over fifteen years, he's made designs for clients, written two books — For A Beautiful Web and Hardboiled Web Design — and given over fifty presentations to web designers and developers all over the world. He runs Stuff and Nonsense, a small web design company. Andy is the host of unfinished.bz .

Lynda.com helps you learn and keep up to date with your software, gain new skills or explore new hobbies with their easy to follow video tutorials. Whether you need to understand fundamental web standards and technologies, build responsive sites or design graceful user experiences, lynda.com offers thousand of video courses across a variety of topics. And they mean it, thousands. There's, I don't know, almost 3,000 different courses. All kinds of stuff. Basically, if you want to learn anything having to do with any kind of piece of software or digital creative something or other. You need to learn 3D animation, video editing, audio editing, InDesign, whatever. Microsoft Office. They've got videos to teach you how to do those things. It's all taught by industry experts. In fact, actually, Val Head was on the show talking about animations, on this podcast, and that's kind of a perfect example. Where on the podcast we could talk about CSS animations and what's possible. I always try to look at the big picture and talk about big ideas and what you might want to do with it. But then when it comes to actually figuring out how to do it, audio podcast is the worst place to try to explain to you how to write the CSS. Instead, you can go to lynda.com and find Val's videos. She's got almost a two hour course on animations, where she walks you right through exactly the code, what to think about, what kind of different variables and options you've got. You'll get done and you'll know how to do it, you'll know how to do the CSS animations. They also broken up into chunks so you can watch a couple of minutes and then you watch another. Instead of having to have two hours to watch the whole thing, it's all broken up into chapters and subchapters and you can just watch however many minutes you have time for. I'll watch 20 minutes of it now. Then I've got to go. I'll come back, I've got 10 minutes, I'll watch a little bit more. I've got to go again. Or maybe you've watching the whole thing but you need to go back and reference a specific place, you don't have to try to scroll through the whole thing, you can just jump and watch that segment on that one particular thing. Which is really a smart way to do it. You can go to lynda.com/webahead and check out what's possible, look up the different stuff that's there, and you can get a 7 day free trial by using that URL. lynda.com. Oh, and it's L-Y-N-D-A dot com slash web ahead with a "y"." Lynda with a "y" dot com. Free 7 day trial. Then if you like it, you can, of course, sign up. Their lowest plan is, their basic plan, is $25 a month and that gives you basically unlimited access to everything. They've got a whole thing on, what's this called? Web playlists. Explore responsive web design. Eleven courses on responsive web design. Different teachers, so maybe you like one teacher better than another. Different levels, beginner, intermediate, advanced kind of stuff. A total of 27 hours and 51 minutes showing you what's up with responsive web design. So check them out, lynda.com/webahead and thank you so much to them for supporting the show.

Gosh, Flash. Yeah. So, right, Flash movies, evil. Why? Inaccessible, extremely hard to update, which was the worst part, slow, they're not going to work across all browsers at this point. Don't do it. But that said. [Laughs] One of the things that I really miss about that era is that it felt like there was more experimentation and more willingness to look at the webpage as a blank canvas and to say, "We've got this empty space. It's a three dimensional empty space with a timeline. It can be different states at different moments in time. Let's figure out something. Let's do something interesting in this space." It feels like at this point that we're just, probably temporarily, but we seem to be in this little era of, "Well, let's download Bootstrap, we know we're going to have a header graphic. We know we're going to have a horizontal list of links for our navigation. We're going to have three columns and we're going to have these boxes in these columns." It feels a bit like everybody just makes that assumption so quickly without even imagining anything else as a possibility. Some of what you're describing around, what is that being communicated? What is it that's being communicated as someone is coming to this page, the website, the webpage and doing stuff there? There's so many things that feels like it's just, they're just packaged and pre-packaged into this set of assumptions that, like, you're going to get that, it has to be that. That stuff is going to give off a certain kind of impression and you're stuck with it. There's nothing that you can do except convey that and that's a good thing to give off. Part of what I love about the web is that it really could be anything. It's more than a television set, it's more than a radio, it's more than a TV screen and a movie screen. It could be all those things and even more. Instead we're stuck in this blog, 960 layout shape where things load in this very specific way and they move in this very specific way.

Submitted after the show by Scott Gruber.

Thanks to lynda.com for sponsoring today's show. Get a free 7-day trial at lynda.com/webahead