It's been several years now that we've had the technology to use a wide range of typefaces on the web — and this ability has deeply changed the look of modern websites. It can be overwhelming as a designer, however, to figure out which font to use when on what project. We've all had to step it up, and become much better typographers.

Enter Jason Santa Maria. He's been designing, speaking, and teaching how to good typography for years. Now he's published a book, On Web Typography where he's assembled all his wisdom in one easy place to grab.

How can we use typography to communicate with readers? How do we decide which typefaces to use on a project? What considerations need to be had when designing for such a diversity of screens and spaces? I'll be grilling Jason to find out his secrets for great typography. 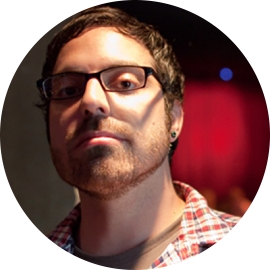 Jason Santa Maria is a graphic designer with a deep love for letters. He’s the founder of Brooklyn-based design firm Mighty; a faculty member at SVA’s MFA Interaction Design program; a cofounder of A Book Apart; and the founder of Typedia, a shared online encyclopedia of typefaces. Previously, he cofounded the collaborative writing platform Editorially; he also served as the vice president of AIGA/NY and as the creative director for A List Apart and Typekit. He has designed websites that balance beauty and usability for clients such as AIGA, The Chicago Tribune, Housing Works, Miramax Films, The New York Stock Exchange, PBS, The United Nations, and WordPress. He discusses design on his award-winning website.