Back to Basics with Jen Robbins

The web at its basics is HTML and CSS. If you want to learn these fundamentals, where do you start? Jen Robbins joins Jen Simmons to lay out a road map. 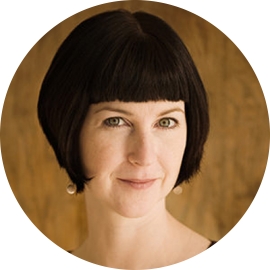 Jennifer Robbins is a noted web author and designer. She has written several books for O’Reilly, including Web Design in a Nutshell, Learning Web Design, and the HTML5 Pocket Reference. Jennifer began designing websites in 1993 when she had a hand it creating GNN, the first commercial website. She has taught at Mass College of Art and Johnson and Wales University. Jennifer has also spoken at several conferences, and is a co-organizer of the ARTIFACT Conference.

This is The Web Ahead, a weekly conversation about changing technologies and the future of the web. I am your host, Jen Simmons, and this is episode 33. I want to say thanks so much to today’s sponsor, Accessibility Summit! We will talk more about the Accessibility Summit later in the show.

So, this show is very much about technology and web and web design and what’s possible on the Web, what is going to be happening in the future with the Web. Sometimes we talk about code. Lots of times when we do I make assumptions about— oh of course, well everybody already knows the basics, let’s just jump into the middle and talk about the new stuff or talk about the advanced stuff. But that’s probably not always a very good assumption to make. There’s probably people every week who are saying, “Gosh, I really love listening and I like what they’re saying, but I kinda don’t know what they’re talking about, [laughs] and this is over my head! I would like to know some of the basic stuff.” So I thought it’d be great to do a show about the basics — about HTML and CSS — kind of from the beginning if you don’t know anything at all. If you, maybe you’re a designer and maybe you’re a professional web designer, and you’ve been a professional web designer for the last decade, but you haven’t had to write code, and you’re wanting to go ahead and get into the HTML and the CSS so that you can create prototypes and design in the browser and all those good things that people are starting to do. Maybe you’re a student. Maybe you’re a print designer who wants to get into the Web. I thought it’d be great to have Jen Robbins on as a guest. Hello Jen!

Yeah, so let’s talk about CSS but before we do let me jump in here with a sponsor.

Thanks to this week's sponsor, The Accessibility Summit. Use coupon code WEBAHEAD for 20% off.