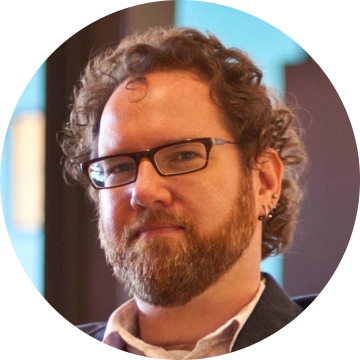 As would be expected from a former manager of the Web Standards Project, Aaron Gustafson is passionate about web standards and accessibility.

In his nearly two decades working on the Web, Aaron has worked with a number of companies you’ve probably heard of including Box, Happy Cog, Major League Baseball, McAfee, The New York Times, SAS, StubHub, the U.S. Environmental Protection Agency, Vanguard, Walgreens, and Yahoo. He recently joined Microsoft as a web standards advocate to work closely with their browser team.

Aaron loves to share his knowledge and insights in written form. His three-part series on progressive enhancement for A List Apart is a perennial favorite and his seminal book on the subject, Adaptive Web Design, has earned him numerous accolades and honors. When he’s not writing, Aaron is frequently on the road presenting at conferences and running workshops across the globe.

Back home in Chattanooga, TN, Aaron is the proprietor of the Chattanooga Open Device Lab and helps organize the Code & Creativity talk series with his partner Kelly McCarthy. He is a longtime member of Rosenfeld Media’s “experts” group and writes about whatever’s on his mind at aaron-gustafson.com.