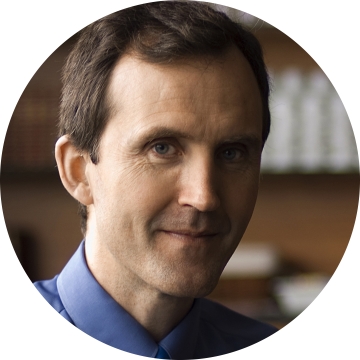 Gerry McGovern helps large organizations become more customer centric on the web. His clients include Microsoft, Cisco, Google, VMware, IBM, Atlas Copco and Tetra Pak. He has consulted with the European Commission, the US, UK, Canadian, Norwegian and Irish governments.

He is the founder and CEO of Customer Carewords, a company that has developed a set of tools and methods to help large organizations identify and optimize their customers’ top online tasks.

He has written five books on how the web has facilitated the rise of customer power. His fifth book, The Stranger’s Long Neck, focuses on explaining the methods for identifying and measuring the performance of customer top tasks.

The Irish Times described Gerry as one of five visionaries who have had a major impact on the development of the web. He has appeared on BBC, CNN and CNBC television, partaken in various radio shows, and featured in numerous print media publications. Gerry has spoken about top task management in over in 35 countries.

He began his web career in 1994. In 1996, Nua, a company he founded, received the Best Overall World Wide Web Business Achievement award from the European Union. He received a BSc in Management (Honours) from Trinity College, Dublin, in 1984. He lives in Meath, Ireland.

As soon as you have many people chiming in on the direction of a website, you get disagreements, conflicting idea, and turf wars. What about what customers want? Gerry McGovern has developed a specific step-by-step methodology for identifying what matters to your customers, focusing effort on those things, and objectively testing the performance of those tasks. Helpful and well-gathered data can quickly end debates and focus a team. Gerry joins Jen Simmons to walk through the process.