The Complexity and the Humanity with Trent Walton

Web projects have become very complex in the last few years, but the hardest part isn't the technology — it's the humanity. The success or failure of big projects is contingent on leadership, vision and planning. Trent Walton joins Jen Simmons to tell tales of working on the microsoft.com homepage and other big projects — sharing what can go right and what can go wrong. He also talks about reviving the original 1994 version of microsoft.com and the importance of archiving the web.

Trent Walton is founder and 1/3 of Paravel, a custom web design and development shop based out of the Texas Hill Country. In his spare time, he writes about what he learns at his website, and is co-creator of and contributor to TheManyFacesOf and DesignSwap.

I mean, man, the web design books I've read, and all the articles, and everything I've done up until this point has not prepared me for this. This is different. This is hard.

This is The Web Ahead, a weekly conversation about changing technologies and the future of the web. I'm your host, Jen Simmons, and this is episode 80. I first want to say thanks so much to today's sponsor, Squarespace, and also to the 5by5 bandwidth sponsor, Cashfly, who supports all of the serving of all of these amazing audio from all of 5by5. Thanks to them both.

You know, it's fun and interesting to talk about technology. One new technology after another after another. But the reality is that, frequently, our ability to build an awesome website or some sort of web-technology-based-project isn't really determined by the technology. [Laughs] Or our mastery of that technology. Or our lack of mastery of that technology. It's really much more in the hands of human beings — all the meetings that we go to; the ability to get clients in the first place; to find interesting projects to work on; to work at a company where you really like your job and where, when a group gets together and starts working on something, the process goes well.

In the last, I guess it's been now 5 or 6, 7 years, as the technology has changed so much — of course, the other conversation we've been having is all about process. Process needing to change. Successful projects where the process did change. Especially big companies — it's harder in big companies — so stories of big companies having a successful transition to a kind of new set of ways of working together, a new way to structure the team… on today's show we're going to talk about these kinds of things.

So let me jump in here with our sponsor of the day today. Squarespace. Speaking of needing a website where the backend — the behind-the-scenes area where the content gets added — has been designed and is not hard to use, but actually has a lot of thought put into it. These days, if someone wants a small budget website built, I always think of Squarespace, because I feel like you're not going to get any better value for your dollar. Plans that start at eight bucks a month. You can go to squarespace.com/webahead and check out. They have a video there you can watch and they have a free trial, a truly free trial, where you can just open up an account, try it all out, see whether or not you like it. See the templates that they have. They have a ton of already-made templates, sort of empty-land websites you can get started from, if perhaps you want to build a store, or you want to build a gallery or you want to build a portfolio or a wedding website. They have those half-pre-built for you, ready to go, to make it easier to launch. Everything's responsive. There is no option to make old school, fixed-width websites. Everything they have, every option is right-out-of-the-box responsive. And if you use the offer code jentsentme, you get 10% off of whatever you're buying. If you want to buy a year's worth of service from them — by the way, if you do get a year, you can also register a domain name with them for free — or if you are just buying a couple of months or whatever you decide to pay for, you can get 10% off with the code jentsentme. They've got 24/7 support through live chat and through email. Support folks are in New York, Dublin and Portland. Really pretty beautiful and drag and drop. You can just grab a bunch of images and drop them in a gallery, you don't have to resize them. You can just let the website resize them. Cool stuff like that. So, thank you so much to Squarespace for supporting the show and literally making it possible to get you this episode of The Web Ahead. Thanks, Squarespace.

I want to hear more about business leadership. So there are people who are in charge of things. And sometimes they have unbelievable levels of understanding and skill and they know how to do things that the rest of us don't even know exist. And then, also sometimes, they don't really know much at all about the feet-on-the-ground, day-to-day reality of what a website really is, or what it could be; what the digital space is or could be; or what new 21st century business models are turning in to. Sometimes it can be hard to work with such folks because sometimes — not always, hopefully not frequently — but sometimes they seem to be the last people to understand what's going on. Yet, they are the ones who get to make all of the final decisions.

Thanks to Squarespace for supporting the show. Use code JENSENTME for 10% off any purchase. 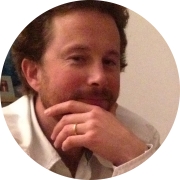 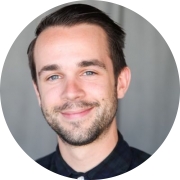