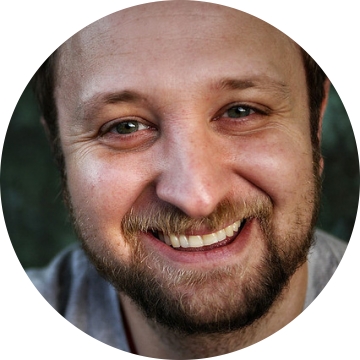 Jay Dedman is a multimedia creator with over 10 years of experience. He started out as a writer and producer for local news stations in Cincinnati and Atlanta then moved to CNN International. After becoming utterly discouraged with the types of stories he had to do at CNN he became a freelance journalist in the Democratic Republic of Congo. This is when he started to experiment with publishing videos online to expose to the rest of the world how the people of a country at war live. Through more experimentation and over time Jay discovered that blogging was the perfect medium for publishing videos online. In 2004, he co-founded the Videoblogging Group. He has since helped orchestrate a number of online video projects including: Vloggercon, Pixelodeon, Showinabox.tv, Havemoneywillvlog.com, Node101 and politicalvideo.org. He and coauthor Joshua Paul also wrote the book Videoblogging, one of the first works on the subject.

Episode 76 The Web Behind, part 11: Videoblogging

Ten years ago, a small group started an email list to figure out how to put video on the web. They ended up starting a movement, posting videos, breaking through technical barriers, and inventing a new medium. Jay Dedman, Ryanne Hodson and Michael Verdi join host Jen Simmons to tell the story in another edition of The Web Behind.