HTML5 expert Peter Lubbers joins Jen Simmons on the inaugural episode of The Web Ahead to talk about what the heck HTML5, web apps, local storage, offline caching, and web databases are. 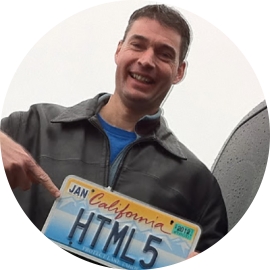 Welcome to the first episode of The Web Ahead! It's a new podcast on 5by5, a weekly show about the web — about what's happening on the web right now, and all the things that are changing. There's tons of changes happening on the web, almost so quickly that we can't keep up with them. So I want to use this show to talk about those changes, and what's happening, and what we can expect in the future of the web. And by web, I mean the whole web. I mean the desktop web, the mobile web, the web on the refrigerator, the web on tablets, websites, web apps, web APIs, really anything that's hooking up with the internet and the web in some form or fashion.

This week, the first guest that's going to be on the show is Peter Lubbers. Hi, Peter.

Writing a couple of gigs of data, or just fill up your disk as long as you're on this site. To avoid that, there's a quota. Opera will then prompt you, in a really nice little dialog that says, "Hey, this site wants to store more data." Of course if you're not aware it's not actually storing anything, it might be a surprise. But if you want the full experience, you can allow it to get more storage. And that's really, I think, where all the browsers need to be heading, just to give a nice way to go allow more storage. You're starting to see that, like the Financial Times HTML5 web app, the first time you install that, it asks for a little bit more storage. You need to give these apps a little bit of room to play with, so that they can speed things up.

And the other thing I wanted to mention about local storage — actually, two things. One is, this is one of the very few features that is supported in IE8. So you don't have an excuse anymore for not looking into this. Because many times, of course, that's another whole discussion — "Oh, but IE..."

Jen
Whoa, it doesn't work in this browser...
Peter
Right, and so there's all kinds of polyfills and emulation. But this one, I mean, it's in IE8. That's pretty good. And there's not too many features in HTML5 that are supported that far back. In fact, there's a project that was developed by a few Microsoft engineers, I believe, that's called Silo. And Silo is a very interesting project that uses local storage, effectively to cache fragments of pages. The browser, instead of waiting for a complete page to either be cached or not, it actually caches at a much more granular snippet level, and checks to see if all the snippets are up to date, and only pulls in the snippets that need to be changed, just to optimize page loading.
Jen
Interesting.
Peter

Some people have really gone nuts with it. But even if you just need to store your latest score, or the latest preferences like you mentioned, the first-class or economy — the little things that you quickly want to store and have available as soon as the page loads. Whenever you're not going all the way back to the web server, it's going to be a huge performance gain.

Then to round out the storage discussion, we talked about web storage. Then there's web database storage. That actually also has two flavors, but it's a little different. First of all, it's not nearly as well supported, and there's actually one flavor that's on the way out. So I would probably warn people to focus more on the other flavor. There's two kinds: Web SQL Database, and IndexedDB. Web SQL Database is implemented in Chrome, Safari, and Opera, but not in Firefox and IE, and it's based on SQLite. The interesting [thing] is that SQLite is a lightweight, zero-config database implementation, and Firefox is actually using that internally pretty heavily. But I think they made a really good argument for tying a specification to a specific flavor of database. And so they said, well, we're not going to do that. We're not going to support that. And you see that a lot with other HTML5 features as well, that the browsers can't always agree on everything. So we have video codec support that's all over the map, we have the IndexedDB vs the SQL Database, but SQL Database is a relational database on the client side. So many people think, database, you talk to it over the server.

Any of those private browsing modes, like incognito modes and all of those, you're not allowed to write to local storage. You're simply locked out, and that's good. That's how it should be. So those bring in some interesting edge cases for detecting features. Many times you can detect a feature, but you also need to know what browser mode you're running in, to see if you can actually use the feature. Modernizr does a pretty good job of that. We can talk about that later.

I wanted to come back a moment to the other part of storage, which is the application cache, commonly known as offline web applications. That's a really, really exciting feature. Actually there are two parts to that. Sort of a side effect that it has for performance, which wasn't the original intent. So before, we talked about web storage, database storage. These are stores for data in your application. But if you wanted to store an entire website or web application — that means the HTML, the corresponding CSS, the images — so that you could literally go to a site while you're in an airplane, and bring up that site, and browse it just as you last left it — that's now possible. Before, of course we had ways to — well, there's browser caching, right? Good luck going on an airplane.

The unicorn protocol. [Both laugh]

Well, we're way over time, because we got really excited talking about this storage stuff.

Peter
There's just so many cool APIs to talk about, and there's so many possibilities.
Jen
You have this book out, that people could go learn more by reading your book. And we have — you brought us a gift for the listeners of the first ever episode of the show.
Peter
A coupon code.
Jen
So people can go to apress.com (Apress is the publisher that put out this book) and they can use a coupon code 5BY5APRESS, and get half off the ebook. And the ebook's just under $32, so that means they can get the ebook for $16.
Peter
That's right. It's a steal. We also have a website for the book that may be easier to remember; it's prohtml5.com. There's links to all of that. That book focuses a little bit more on the programming side of things, but we do have a good introduction to HTML5, and there's many other books that complement it on the design side. It really talks about how to use all the new Javascript APIs that are quite exciting and open up a lot of potential for web development. It's a great time to be in web development today.
Jen
It is. It's crazy. Well, thank you so much for being on the show. And I'm sure we're going to have you back, so we can talk about more super geeky things.
Peter
It's my pleasure. An honor to be asked, especially for the first time. You can call me back anytime. [Laughs]
Jen
Cool! And people, you know there'll be a contact form up at the 5by5.tv website, where you can go to the contact form and put your comments up about the show, ask questions, make requests, talk about whatever.
Peter
Vote it up on iTunes.
Jen
Vote it up on iTunes! Right, I should say that. Vote it up on iTunes so people can find out more about it. And come back! We're going to have a wide variety of different people, designers and developers and other people to talk about all kinds of different things about the web.
Peter
Well, it's really exciting to have you back in podcast land. A lot of us were missing the daily show.
Jen
It was so fun to do the daily edition every day, for 32 shows or whatever, and I missed it like crazy. So I'm really thankful to Dan. Thank you so much, Dan, for inviting me to do another show, and believing in me enough to just say, "Yeah, do whatever crazy thing you want." Hopefully the show will be great and people will like it and it will be useful and helpful. I just feel like there's so much that's changing so quickly, people are really overwhelmed about understanding what it is, and figuring out what it is. So whatever we can do to help each other learn it is great.
Peter
Yeah, that's right. Thanks a lot, and I'll send you some of the links for including in the show notes.
Jen
Yeah. Show notes at 5by5.tv slash whatever the URL for this web show is going to be. Cool. Thank you, Peter.
Peter
Thanks, Jen. Talk to you soon. 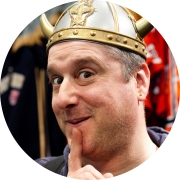 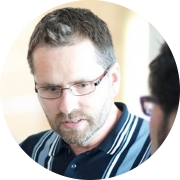