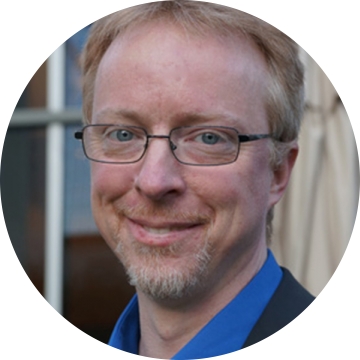 The landscape of what's possible in web page layout is changing. Jen has a theory that this change will be a big one — perhaps the biggest change to graphic design on the web in over 15 years. Rachel, Jeffrey, and Eric join her to debate if that's true or not, and to surmise what the future might bring. This special episode was recorded live at An Event Apart Nashville.

Too often, websites are designed with only the ideal user in mind — a typical person, in great health and sound mind, happy to be on your website doing a thing. In reality we humans exist in a variety of states, including panic, fear and reacting to a crisis. How could our sites be better, considering the needs of people in crisis? What are the consequences when we don't acknowledge the impact of our design decisions? Eric Meyer joins Jen Simmons to talk about his last year and a half, what he learned, and what he's thinking.

Danny Sullivan joins Eric Meyer and Jen Simmons for the latest episode in The Web Behind series. Danny reminisces about the early days of web search, directories versus crawlers, the panoply of search engines in the mid-1990s, page counts as serious bragging rights, the brief period when there were search engines that only searched other search engines, the verbing of “Google,” and more.

Jen Robbins joins Eric Meyer and Jen Simmons for another episode in The Web Behind series. They talk about the early days of web design, O'Reilly, GNN, wrestling with technology and more.

Chris Wilson joins Eric Meyer and Jen Simmons to talk about the origins of the Mosaic Browser and his work on Internet Explorer 3 and 4.

Molly Holzschlag has been working on the web from the very beginning of its invention. She joins Eric Meyer and Jen Simmons to talk about those days, and what it was like to be online in the time of BBSes, Gopher, and the text-only web. They discuss accessibility, the blink tag, the Web Standard Project, how Microsoft started embracing web standards and much more.

A special announcement from Jen Simmons and Eric Meyer.